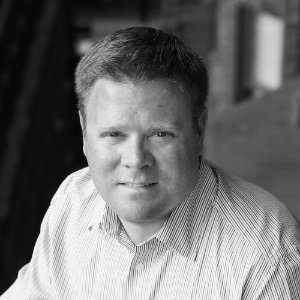 Total enrollment at Indiana University’s picturesque Bloomington campus declined slightly in fall 2017, with the 43,157 students enrolled falling 56 short of the school-record set in 2016. Since the 2013 changes in enrollment allocation, Triad believes that the total “degree-seeking” enrolment figure to be the most accurate depiction of the number of students on campus.

First-time freshman enrollment rebounded strongly after a 2.57% decrease in fall 2016, posting a school-record of 8,001 new first-year students for the 2017-18 academic year (AY).  Additionally, freshman retention has increased considerably over the past 2 AY’s, with 91.17% of students returning for their sophomore years, compared to an average of 89.10% between 2011 and 2015. The more than two-percent increase in retention equates to approximately 150 extra students returning to campus each year.

Total international student enrollment posted a modest increase for the third-consecutive AY, with 6,612 students from other countries attending classes in Bloomington.  The increase was somewhat unlikely, as it occurred in tandem with a 2.29% drop in graduate and professional students – a demographic which tends to be comprised of a higher proportion of international students.

Bloomington’s average market occupancy dipped close to a percentage-point, but it is still a very healthy 95.96% occupied. While the purpose-built student housing market has experienced only moderate inventory additions for the past several AY’s, Fall 2018 will see the largest single year increase in recent memory, with 1,228  private beds being added to the market. While the incoming “wave” of development is unlikely to sink any ships, it does seem poised to rock a few boats.

Average Rents: Up 5.30%
Average asking rents increased across all unit types, with One and Two bedroom units showing the strongest growth, increasing by 6.63% and 10.26%, respectively. *The inclusion of Urban Station – which is achieving rents more than 50% above the market average in all unit types – has disproportionately skewed the rent growth data. An “apples-to-apples” comparison results in an average increase 2.16%.

Fall 2017 saw the completion of Urban Station by local developer H.M. Mac. Urban Station is located on Walnut Street in Downtown Bloomington and has 20% of its units dedicated as income-restricted “workforce housing”, which makes it a rare bird in the student housing world. The Bloomington Plan Commission has approved plans for a second phase of Urban Station, which would contribute another 154 beds and 15,000 square-feet of commercial space. While the plan wouldn’t require any additional workforce housing, it would provide a free lease for one of two proposed commercial spaces to Rhino Youth Center, which currently occupies an existing structure on the parcel.

Fall 2018 will see the addition of Evolve Bloomington, a 751-bed luxury, purpose-built complex located on the site of the former Dunhill Apartments, across the street from Memorial Stadium. Evolve is a JV between Chicago-based CA Ventures and Champaign-based Regency Apartments, and, as of May, is over 97% pre-leased with move-ins expected in early August.

The other major market addition is Ethos, which is located approximately 2 miles west of campus and will include a 377 space parking garage and around 33,000 square-feet of commercial to accompany 477 beds of student housing. Ethos will also feature a state-of-the-art fitness center and a rooftop pool and terrace.

This total includes the 154 beds associated with the second phase of Urban Station, which would be available for a fall 2019 lease-up, at the very earliest.

In February 2018, Indiana University’s Board of Trustees approved a $99 million addition on the north side of campus, between McNutt Quadrangle and Walnut Grove Avenue. The new multi-building complex will accommodate approximately 700 students and include an assortment of dining options. Architectural designs for the housing complex and dining addition will be presented for approval at a later meeting, so a ribbon-cutting before fall 2020 seems unlikely.

While it is still in the early planning stages, Lafayette-based Trinitas Ventures is exploring a redevelopment of the 95,000 square-foot building that used to house a Kmart that closed in summer 2016. Trinitas will host public engagement sessions starting this summer to discuss that property’s potential new use as a mixed-use development. A first phase of the development is slated to open in 2021.