The longer that you’re in the commercial real estate (CRE) industry, the probability increases that you’ll have clients or will be contacted by prospective clients who will want / need your expertise on their CRE exit strategy. To best advise your clients, you’ll need extensive knowledge on the options available while managing to “Staying in your Lane” with regards to your licensing. Simply put, refer your clients to their attorney for legal advice, their CPA for tax implications, and so on.

You’ve been asked to sell an income producing property by a property owner or client. Aside from determining market value, gathering the necessary due diligence information, and other commercial real estate related tasks, an experienced CRE professional will have a discussion with the seller about their post-sale plans.

END_OF_DOCUMENT_TOKEN_TO_BE_REPLACED 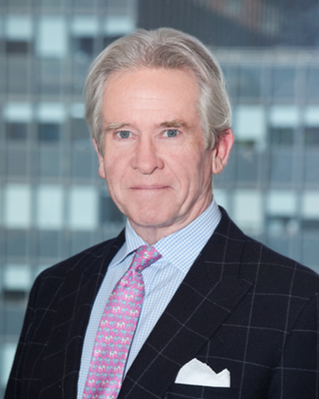 It’s kind of funny to be considered, nominally, as a ‘nationally-recognized net lease expert’ after all these years.

My first exposure to this asset class was back a few decades ago, when I was charged with developing a real estate portfolio for a mineral-asset based Family Office in Fort Worth whose patriarch and predecessors were legendary oil wildcatters who wanted diversification to their Bond Portfolio.

My own background had been as a junior partner in a regional development firm with appropriate higher risk returns; and as a Shareholder of a regional commercial brokerage, whose business model was based on acute data and cultivating relationships, as the foundations for our demonstrative success in tough East Coast markets. END_OF_DOCUMENT_TOKEN_TO_BE_REPLACED

Here we find ourselves almost nine and one-half years from the impact of the Great Recession of 2008-09. While the market conditions that led up to the public acknowledgement of the financial crisis, were years in the making, many observers could have foreseen the Storm Warnings.  I remember having my NNN Advisory Team in tow at the annual ICSC Regional event in San Diego in the spring of 2008.  As we wandered through the various vendors’ booths and exhibits, we passed the Lehman Brothers booth.  Displayed were the usual swag items that populate these kinds of industry events.  Sitting on a display table, I spied a pile of very well designed and finely detailed ‘Baseball-type caps’ with LEHMAN BROTHERS, emblazoned on the crown of the caps.  I suggested to my Team, that they may wish to grab one of them, as a souvenir of a “Soon-to be Bygone Era,’”; since these guys at legendary Lehman are going down, based on the structure of interest only loans and other deals that we had tracked in the prior few go-go years.  They all looked at me, as if, I was ‘nuts’; but, nonetheless, each grabbed their souvenir hats.  Now, a keepsake of lending period that contributed, mightily, to the Financial Crisis as it unfolded. END_OF_DOCUMENT_TOKEN_TO_BE_REPLACED

As a Net Lease Investment Advisor and Buyer’s Broker, we face a number of practical challenges in the recent and current Net Lease Market.

Challenge #1:  Accessing net lease ‘product’ or properties that match a Buyer’s stated criteria.  Reproducing the cash flow of their existing asset is a point of departure, only. Then, we need to establish “What is a risk-adjusted return?”  OK, you say, you want a limited risk new investment.  No problem; but since the Great Recession with most compressed cap rates in memory (Higher prices), we have to sort through the “Net Lease Wheat from the Net Lease Chaff”. END_OF_DOCUMENT_TOKEN_TO_BE_REPLACED